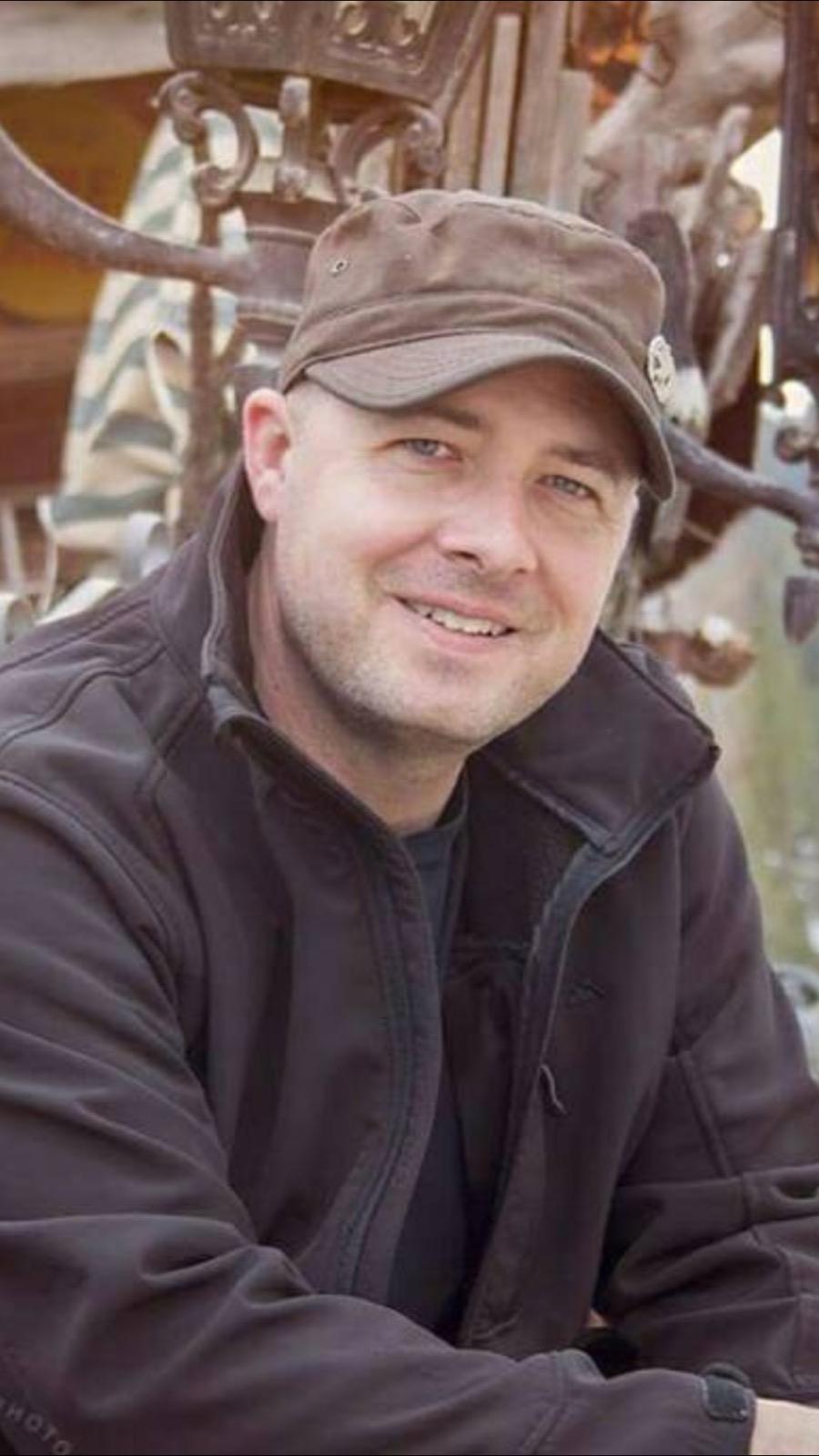 Benjamin Dale Wilber, 47, of Boise, Idaho, passed away on February 3rd, 2022, of natural causes after a hard-fought battle with Pancreatic Cancer.  He passed peacefully at home with his wife, Sarah, by his side.

Ben was born on May 16, 1974, to Darla Joy (Hensley) and Martin Dale Wilber in Ontario, Oregon.   Ben was a child who loved to perform, bringing laughter to an audience delighted him and brought great pleasure to those who knew him.  Music has been a passion that has shaped Ben’s life from a very young age and his family is responsible for bringing that gift into his life.  Connecting with others was food to his soul and so continued throughout his life.  After graduation from Fruitland High School in 1993, he enrolled at Treasure Valley Community College (TVCC) majoring in music.  It was here he met his life-long best friend, Phil Tegethoff, they started their band, and the spark for live music ignited.

Ben joined the United States Air Force in 1995, kickstarting a 25-year career in the Munitions Field.  Ben’s orders took him from Las Vegas, NV to London, England where his daughter Alissa was born in 1999.  After England and enjoying the many experiences of Europe, he returned to Las Vegas in 2002, where his son Zachery was born.  In 2012 Ben returned to Idaho to finish out his career in the military.

While the military offered perks of worldly travel, it also gave Ben the ability to further his education.  He took full advantage of that opportunity, gaining an associate’s, a bachelor’s and a master’s degree in Business Management/Marketing, Audio/Acoustic Engineering and Psychology at the University of Phoenix and Berklee College of Music, and the list goes on and on.  Ben enjoyed being a student, soaking up every bit of information he could, but teaching was his calling.  He taught professionally for the Air Force and CWI as well as being a mentor for countless individuals over the years.

Family has always been very important to Ben.  Even though distance was often a barrier, Ben held his children, Alissa and Zach, as his highest priority.  With years of travels, live music and shared life experiences, Ben and his sister, Danielle, shared a bond only a brother and sister can know.  Titles didn’t exist for Ben as his cousins were like his brothers and sisters too. His family extends way beyond the bounds of just blood and that includes two of his best friends Phil Tegethoff and Mike Terbush. He traveled the world as a United States Airman and as a professional touring musician, and now his extended family spans the globe.

In September of 2019, Ben retired from the Idaho Air National Guard a decorated veteran.  Shortly after, he met his soulmate, Sarah Thomas.  “I have found the one whom my soul loves.” Song of Solomon 3:4. They spoke their vows on 10/04/21 and shared that commitment in ceremony under the Big Sky surrounded by the mountains of Montana on 11/21/21.  Time together was short, but for them it was more than a lifetime of love and happiness.

Ben cared deeply and loved fiercely.  If somewhere in the span of 47 years you met him, you would agree…Ben was unforgettable.  From his first breath to his last, he made an everlasting impression.

Ben’s family would like to extend a heartfelt thank you to the team at St. Luke’s Hospice.  The care they provided to Ben, Sarah and their families during his hospice care was nothing short of exceptional.  They will forever be grateful.

Celebration of Ben’s life will be held at a future date.  In lieu of flowers, a donation can be made in Ben’s name to the Pancreatic Cancer Action Network (https://secure.pancan.org).  PanCan was huge support for Ben during his battle with pancreatic cancer and still is for those fighting today.  A GoFundMe account (https://gofund.me/d97737fd) has also been set up by Sarah’s work family to help with unexpected costs during this difficult time.  Donations for Ben’s children’s college funds are also welcome at the GoFundMe page. Please feel free to leave a message of support and notate your donation selection.