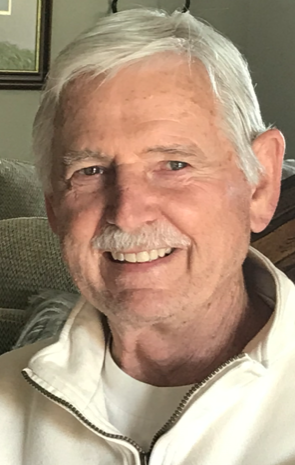 Ben Ballard, 84, passed away on June 27th, 2022 with his wife Jane by his side. He served in the US Navy as an electrician’s mate and deep-sea diver on a submarine rescue ship from 1956-1960. Ben was a proud American and loved sharing stories with family and friends about how he walked on the bottom of the ocean. He held many leadership roles in high-tech companies such as Rocketdyne, Ampex, Intel and Computerland and finished out his career as Chief Information Officer at Lam Research. Ben was an avid golfer and even held a term as president at the La Rinconada Country Club in Los Gatos, California. His wife, children, grandchildren and great grandchildren will miss him dearly. Ben was preceded in death by his wife Carol (43 years), his father James, his mother, Cora Mae, his brother Kenneth and his sisters Shirley and LaJuana. He is survived by his wife Jane (19 years), his brother Danny and sister Lela, his three daughters Carrie (Jim), Janine (Stan) and Neesee (Mark), his grandchildren Aaron (Karen), Krista (Clark), Tom (Kristin), Mark Jr., Shannon (Terrance),Travis (Emma), his great grandchildren Dylan, Lauren, Kaitlyn, Matthew, Callie and Jack as well as numerous nieces and nephews. Ben had a strong faith in God and looked forward to being welcomed at the gates of heaven. In lieu of flowers the family would like to suggest a donation to Alzheimer’s Idaho, Inc. or to St. Luke’s Hospice in Boise, Idaho. A Celebration of Life service will be held on August 28, 2022 at 4:30 PM at Eastwind Community Church in Boise, Idaho

A Celebration of Life service will be held on August 28, 2022 at 4:30 PM at Eastwind Community Church in Boise, Idaho