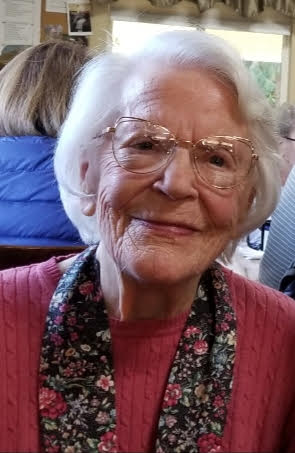 Barbara (Bobbie) Jean Warburton died October 27, 2020 in Boise, ID of COVID-19.  She was the daughter of Robert and Helen Lunsford of Lake Wales, FL. Barbara grew up in Belleville and Madison, New Jersey. She graduated from UNC Chapel Hill with a B.A. in Political Science then later attended Columbia Presbyterian School of Nursing graduating with her B.S. in Nursing.

Barbara worked in Pediatrics and was the clinical instructor at Strong Memorial Hospital in Rochester, N.Y, later she worked as an assistant head nurse at Pembroke Pines General Hospital in Pembroke Pines, FL. Barbara and her husband, Peter H. Warburton were married 48 years, they resided in Etowah, N.C. until his death in 2007.  She relocated from Etowah, N.C. to Boise, ID in 2018 and resided at Plantation Place assisted Living.

She is survived by her two sons, Robert Warburton (Chris Heavin) of Boise, David Warburton of Seattle, WA, and brother in law Richard Warburton (Darcey Poole) of Rochester, N.Y.

Barbara was preceded in death by her parents then a sister, Lois M Corbin, in 2006.

The family would like to thank the staff at Plantation Place and all of Barbara’s caregivers.

Family services will be at a later date in Lake Wales, FL.

In lieu of flowers Barbara asked that you NOT vote for Trump and please wear a mask!

Family services will be at a later date in Lake Wales, FL.