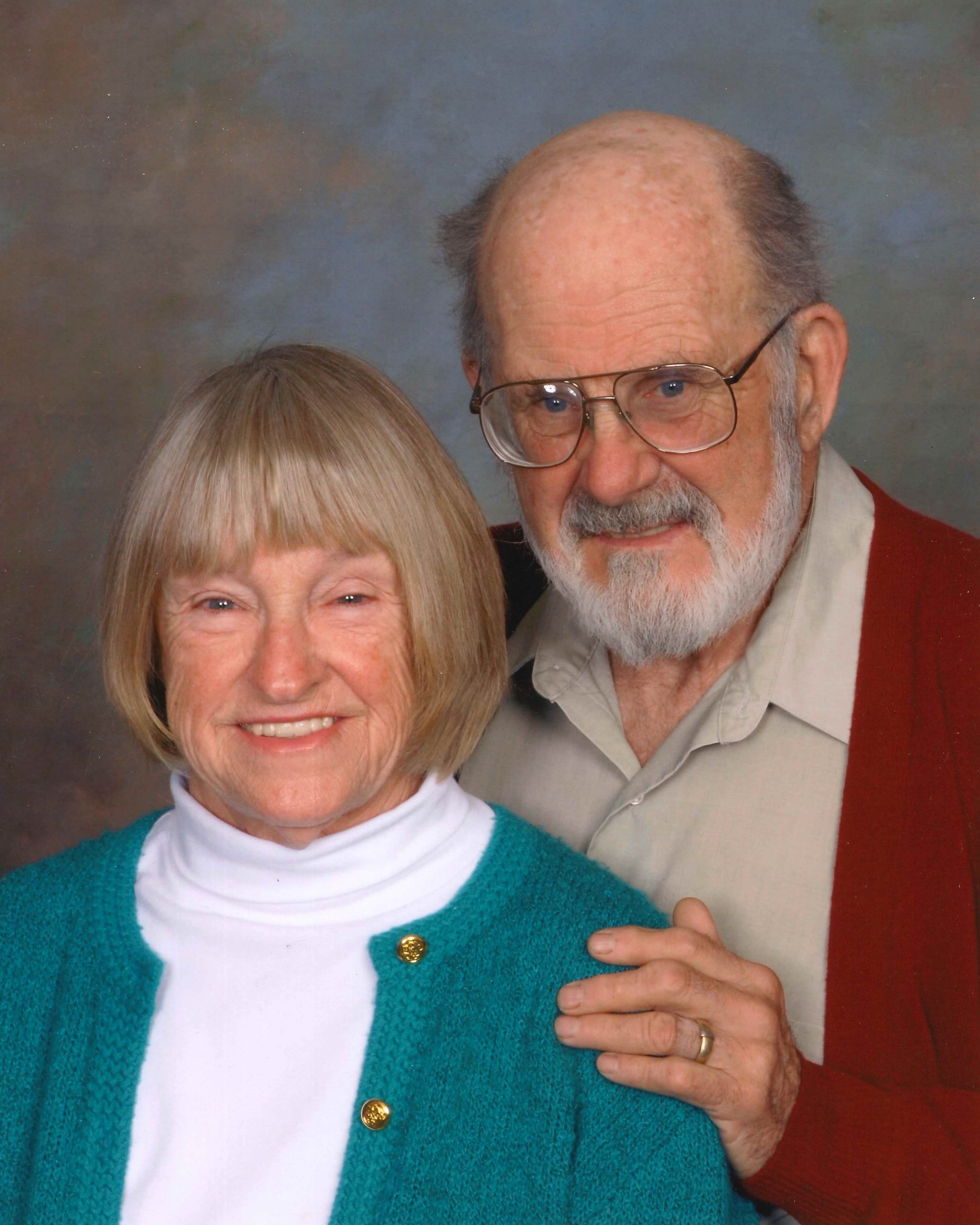 Barbara was born April 15, 1941, on her Swiss immigrant grandparent’s dairy farm in southwestern Wisconsin.  Barb was told many times how her grandmother breathed life into her when she was born while others attended to her mother who had also been taken in for her pregnancy.

Her father was an orphan who had been raised by a Norwegian family, so it was assumed by many that he was also of Norwegian descent.  However, this was later proven wrong by DNA analysis which showed that Barb was half Swiss and half Irish-English.

Barb and her younger brother and sister, Bob and Joann, were occasionally hungry because their parents drank up the available money.  With an alcoholic father and a self-centered mother, Barb’s lessor for life was, “If it is to be, she would have to do it herself.”

“I am advised to rewrite my past note about my mother.  I wonder if rewriting is worth the effort.  There are so many issues to write about that are more worthy…at least to me…there is the beauty of life, flowers, canyons, rivers, interesting and fascinating people who expand my mind and open my soul to the myriad facets of life.  Every day is newness to be explored…even if my mind has gone to a darker place.”

“I have been my mother’s keeper since I was a teenager.  There were times when her decision making created hardships.  Times when there was little or no support for making better decisions than she did.  They say one always loves a parent.  I think that I always wanted her to be better.  It was not to be.  I think that love is never giving up.  Is that an unhealthy quirk of the mind or soul searching for answers?”

“It is different now.  My mother is aged.  She is fragile.  She cannot make most of her daily decisions – she continues to be contrary to the rules of the assisted living place.”

“I spend time with her, taking her to lunch, family-style movies, have her over to my home for special occasions, and bring her special treats to have in her room.”

“Now though it is different.  Her mind is stuck in her own ways.  She never talks of the next step in her life…I look at her with sadness.  I want her to find peace, contentment, and not fear.”

“Last night I found comfort.  I watched the human-made Hubble telescope’s space pictures of unimaginable beauty, unexplored mystery and a glimpse of the vastness of our world beyond our senses.  Her is man trying to intersect with divines that is beyond our understanding of life here and beyond.”

“What is there to fear?”

Barb’s mother spent many years in assisted living and in nursing homes her in Boise eventually passing away in 2020.  Her ashes were returned to the family cemetery plot in New Glarus, Wisconsin for inurnment.

Barb was always very good in school – making excellent grades which earned her a scholarship at Methodist Hospital in Madison, Wisconsin where she graduated as an RN in 1962.

Working through high school and nurses training provided her essential skills for the first of several careers.  She was an ER nurse in Chicago until she met and married her first husband, David Leinberger, who was from a farm family in west central Illinois.  Here she found a place to birth and raise her two sons, Andrew and Karl, with a strong work ethic, self-confidence, and a deep independent spirit.

Then Barb was separated from her family, home, business, and her comfortable life by the big separation.  She launched into various business activities such as becoming a commodity broker for the Chicago Board of Trade which she eventually found to be boring.  She became a TV news reporter and wrote essays for publication in various newspapers.  But, she became restless in these activities and decided that she wanted to live where the mountains were.  She said that she considered Boise or Santa Fe, New Mexico.  However, she couldn’t speak Spanish so she chose Boise.

She packed as much as she could into her little Honda and drove to Boise in around three days by sleeping in her car in the parking areas of public travel stops.  I have never ceased being amazed by her unarmed bravery.  She soon found the relaxing atmosphere of Albertson’s Park and spent many evenings there after days of unsuccessful search for work.

Unfortunately, there were few jobs available and even fewer apartments for rent, so she took on house-sitting jobs.  In the meantime, she joined singles activities at the Cathedral of the Rockies and camping activity led by an Indian woman named Earth Thunder.  Earth Thunder was quite impressed by her new follower and gave her an Indian name which was “Rainbow Bridge.”  Barb became fascinated by her new name.

While relaxing in the park, she met Clarence (Al) Bolin who also liked to relax there after work.  He offered to show her the wildlife exhibit at the Idaho Fish & Game Center and she accepted.  They had a very enjoyable time and then to dinner, where she insisted on paying for her own.  While they waited to be served, she pulled out her notebook and pen and started interviewing him about his work.  This led to an amazingly wonderful long-term relationship and eventually to marriage on April 14, 1999, one day before her 58th birthday.  And yes, she was really special.

Al retired in August of 2004 and Barb organized a huge retirement party for him in the backyard of their home with their old friends pianist Floyd May to provide music.  It was quite a gathering, probably around 100 people.  A surprise came when the Commissioner of Reclamation in Washington DC, John Keys, an old friend of Al’s, came and delivered a tribute saying that he had heard about this party and just had to come.  This began a tradition of hosting neighborhood yard parties in the summer and indoor holiday parties in December which lasted for many years, always with Floyd on the keyboard.

Barb really enjoyed river rafting, especially on the nearby Payette River.  She was awarded the title of “Frequent Rafter.”  (See her photo which Al will treasure forever.)  She would take along any visitor to our home who was willing to go with her.  This included Uncles Donald and Norris and Aunt Dorothy visiting from Wisconsin.

Barb and Al had numerous adventures together with various outdoor groups in Idaho and Oregon .  They also were called to help Al’s son Roger in Provo, Utah, when his wife died unexpectedly, leaving him with two young sons to raise. They made it a point to stop by Provo to help out whenever they were traveling south.

By then, they had expanded their travels to include outings throughout the western US and western Canada, including three working cruises out of Bellingham, Washington on the schooner Zodiac, which was a wooden sailing ship from the 1920’s.

One trip was to Glen Canyon on the Colorado River in southern Utah, which featured Rainbow Bridge National Monument.  Barb was very  excited to see her namesake which involved an hour-long boat trip and then a quarter-mile hike.  She was unable to touch the actual rock because it was sacred to the local Indian tribe, so she lay down on her back on the ground beneath it and just stared up at it without saying anything for fifteen or twenty minutes.  Then it was time to catch the boat back.  She was silent about the effect of this on her and I didn’t ask.  Some time later, we happened to be in town when Earth Thunder died and we went to her funeral gathering at a local park where Barb gave her a glowing send-off.

Barb made two trips to Turkey, first when eldest son, Andrew, who was an Army officer stationed there married a Turkish woman and she became closely involved with that family.  We were later visited by the mother of that family and we enjoyed showing her around the Boise area, including her being kissed by a cowboy re-enactor in Idaho City.

Barb was extremely proud of her 3-day float trip for 100 miles down the Middle Fork of the Salmon River when she was in her mid-seventies.  She bragged that she was the only non-guide who paddled the entire 100 miles.

On her second Turkish trip, Barb interviewed many business and social leaders and prepared an exhaustive presentation for a lecture tour back in the USA.  Unfortunately, her right knee was accidentally hit in the airport on the way home and that caused her considerable pain.  As soon as she got home, she received knee replacement surgery.  Very unfortunately, she was given too much anesthetic, which caused a brain injury that eventually let to Alzheimer’s disease.  We took her to every neurologist and brain surgeon in this part of the country but no one could help her.  She eventually had a massive meltdown and was institutionalized in the spring of 2022.  This made it legally impossible for her to live unsupervised.  I asked if I could bring her home and get supervision for her, but was told that they didn’t have enough personnel available to support individual 24-hour supervision.

She was moved to Emerson House at River Pointe, a nursing home in Garden City, where she was well cared for.  She participated in group activities for a while but eventually became comatose and passed away quietly in her sleep and apparently without pain on the evening of July 2, 2022.  Fortunately, her sons, Andrew and Karl, were able to visit her for a couple of days in mid-to late June.

She is survived by her husband, Clarence (Al) Bolin, sons Andrew and Karl Leinberger and by grandchildren Shayna, Jordan, and Brandon Leinberger, all from the Chicago area.  She is also survived by step-children Roger Bolin of Provo, Utah and Leah Rohrer of Boise, by her brother Robert Syvrud of Seattle and her sister Joanne Simpson of San Diego and in Wisconsin by Uncle Willie Gammeter, Aunts Dorothy Miller and Freida Haesler, and cousin Violet Konrad.

She will be buried in the Idaho State Veterans Cemetery along with the ashes of their first dog, Max, which had been stored in a safe deposit box to be buried with whomever of the couple died first.  Her husband Al expects to eventually join them with the ashes of Sam, their current dog.  Her husband, Al Bolin, describes their life together as a never-ending adventure the like of which he had never experienced before and probably could never experience again.  He only wished that Earth Thunder could have lived long enough to give Barb a proper farewell.

Her education background was: