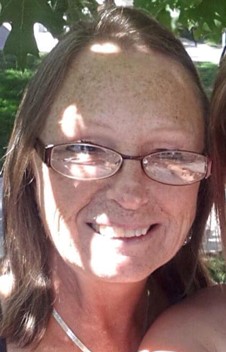 Audrey Alice Draper, our beloved Mother, Mother-in-Law, Grandmother, Great Grandmother, Sister, Aunt, and dearest Friend left this mortal world on December 29th, 2021, at the age of 69 after battling and conquering many struggles and trials she endured while here on earth. She was able to pass on from this life the way she wanted to, peacefully, in her home in Boise, Idaho with her hand being held by a loved one.

Audrey was born in Minneapolis, Minnesota on July 19th, 1952, to her parents Beverly Ann Smith and James Craig Olson. She spent her childhood growing up in Hopkins, MN where she enjoyed camping, swimming, and water skiing with her family in the summers, and ice skating and sledding in the snow during the winters. She was one of 7 siblings and the 3rd oldest in the family.

Audrey was married to Craig Stephen Draper on Sept. 5th, 1970, in Mesa, Arizona. Audrey birthed 6 children and raised 4 of them with Craig. They spent 23 years raising their family until they decided to part ways. In the Spring of 1995, she married David Szplett in Arizona and they moved to Kuna, Idaho in 1996. Audrey and David were married approximately 5-6 years when they legally divorced but remained close friends over the years until she left this earth with her hand in his.

Audrey was a strong woman. She survived Lymphoma Cancer in 2011 and was cancer free for 10 years. Lymphoma cancer had crept back into her life recently and she was going through chemo treatments in the months prior to her passing. She had several knee surgeries in recent years as well as a hip surgery, but always remained strong as she continued to battle every struggle this world threw at her.

In the 80’s, Audrey owned and operated her own business called Traffic Counting Services. She later went on to work in the State Correctional Department, working in the court systems and was a prison guard for several years. After that, she worked in the bakery for Walmart, and Paul’s Bakery in Kuna, Idaho. She was a blessing to the residents in her apartment complex where she had lived for the past 10 years. She loved helping other residents with daily tasks that were more difficult for them. She assisted with arranging bingo get-togethers, and other events that took place in her community.

Audrey was known for her fun personality. She loved people and enjoyed ‘living life’ and having new experiences. Her hobbies included cooking, baking, knitting, sewing, and reading. She always had an open mind to learn and experience more and loved meeting new people. She was very agreeable and was always willing to do whatever everyone else was doing, despite how she felt physically and/or mentally. She was always focused on helping others. Audrey was giving, caring, and kind. She enjoyed shopping, hanging out, laughing, and loved to travel, but she loved her family even more. They were the world to her. She sacrificed a large part of her life just to be near them and watch them grow, even if from a distance.

She was proceeded in Death by her parents: Beverly Ann Smith and James Craig Olson; her brothers: Glen, Jim, Larry and Terry; and her sister Nancy.

Audrey was loved by her children and close family who are deeply saddened and heartbroken by her passing. The family plans to have a private Celebration of Life with the siblings to Honor her and fulfill her final wishes.