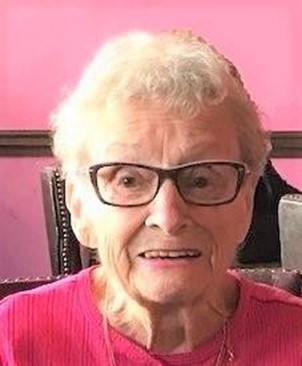 The journey from the south side of Milwaukee, Wisconsin to Boise, Idaho was a long, adventurous, and happy one.

Arline Janowiak was the youngest of four and only girl, with older brothers Ervine, Gerome, and Edmund. Born during the Great Depression, she grew up on Mitchell Street in Milwaukee earning a diploma from South Side High School.

She was set up on a blind date with Bob Heleniak, a date that, appropriately for Milwaukee, took place in a bowling alley. They married in 1953, a marriage that would last for 66 years, taking them all over the world on adventures they could have never imagined.

She and Bob began their marriage in Miami, but they soon returned to Milwaukee, where she supported him while he earned a degree from Marquette University. Bob took a position with the Boeing Company in Seattle in 1957. They eventually settled in Bellevue where they would live and raise their two boys, Timothy and Robert.

Arline and Bob were both active in their sons’ sports, scouting, and other activities and in the St. Louise Catholic Church. Through the church and school, they made many friends who would last throughout their lives. Arline worked as a bookkeeper at various firms and held down the fort when Bob was away on long overseas trips for Boeing. Just prior to retirement, Arline and Bob moved to Sydney, Australia where Bob took a position as the Resident Representative for Boeing and Arline served as the gracious hostess for airline executives, politicians, and others.

In 1992, Arline and Bob retired to Sequim, Washington where Arline became an avid golfer.

Eventually, grandchildren called and Bob and Arline chose to settle in Boise, Idaho so they could be closer to Robert and his children. They were both active in supporting their grandchildren in their activities and were a frequent fixture on the sidelines.

While in Boise, Bob and Arline established many deep-rooted friendships in the Lakemoor subdivision and received tremendous support from their Lakemoor friends until the  very end.

Arline was often the life of the party and a driving force behind ladies luncheons, book clubs, game days, and any other get together she could help coordinate.

The family is thankful for the in-home care provided by their good family friend, Judy Gatfield, for the last seven months of her life. She was able to remain in good spirits and upbeat until the day she passed in her home per her final wishes.

Arline’s spirit and nature will be greatly missed by all who knew her. She is survived by sons Timothy (Holly) and Robert (Amy) and grandchildren Bethany, Shelby, Darcy, Graham and Brock and many loved nieces and nephews.

Arline will be placed at rest next to Bob at the Idaho Veterans Cemetery. A service will be held at the cemetery at 2PM on June 17, 2021.

Arline will be placed at rest next to Bob at the Idaho Veterans Cemetery. A service will be held at the cemetery at 2PM on June 17, 2021.