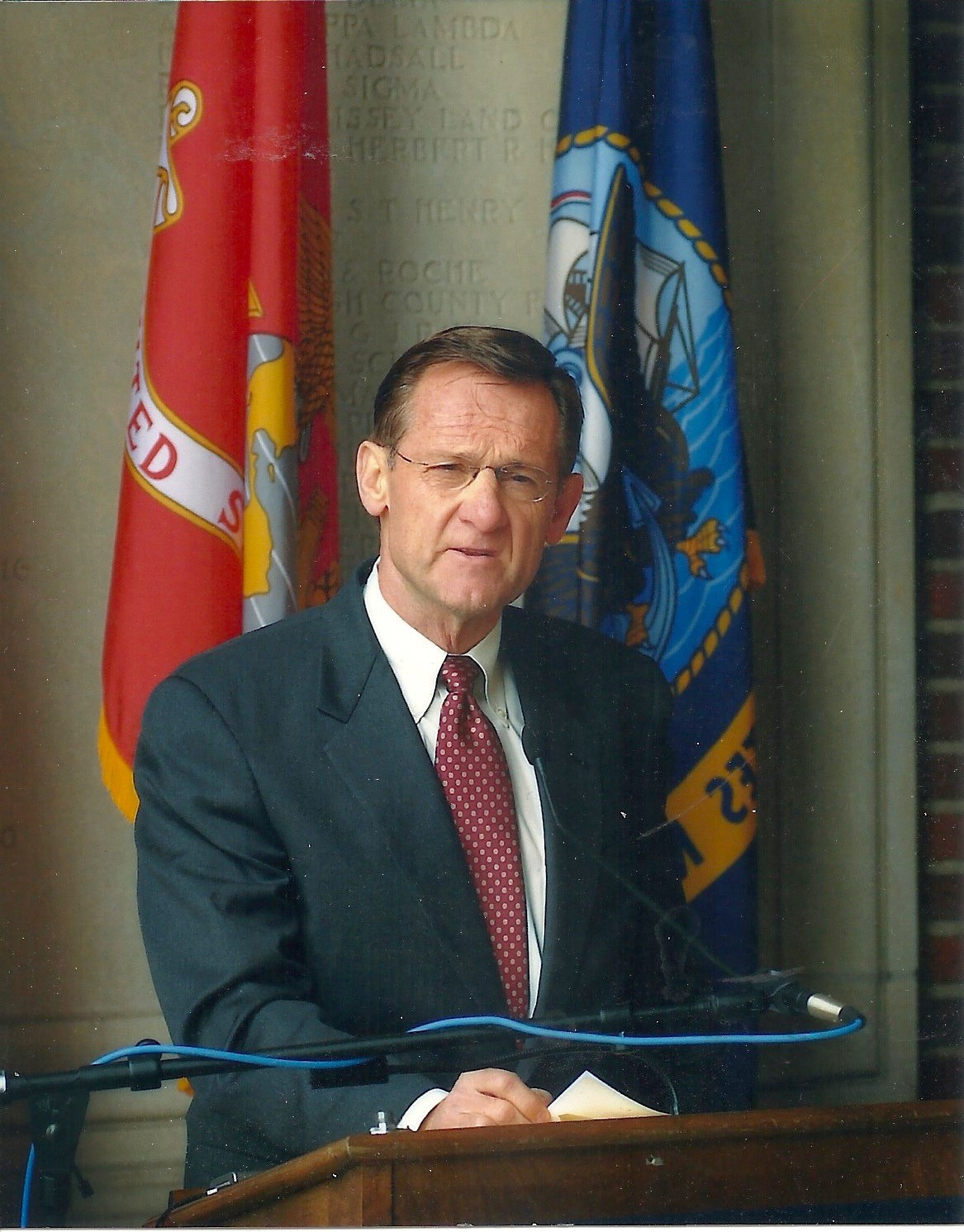 Archie Ray Clemins, oldest child of Archie Cornell Clemins and Earline Pepple Clemins, died at his home in Boise, Idaho on March 14, 2020. Born in Mt. Vernon, IL on November 18, 1943, Archie Clemins graduated from Urbana High School (Urbana, IL) and received both his Bachelor of Science and Masters of Science degrees in Electrical Engineering from the University of Illinois.

Commissioned into the U.S. Navy through the Naval Reserve Officer Training Program (NROTC), Archie completed the Naval Nuclear Power Program, and served on both ballistic missile and attack submarines before tours as the Executive Officer on the USS Parche (SSN 644) and Commanding Officer of the USS POGY (SSN 647). Known as a man of high integrity, strong moral courage, and deep compassion, Archie Clemins never forgot that his most important job was to produce the leaders of tomorrow.

Admiral Clemins was the recipient of several military honors, including 2 Presidential Unit citations, 3 Distinguished Service Medals, 7 Legion of Merits, the Meritorious Service medal, and awards from the governments of Japan and Korea.

Civilian recognitions include AFCEA’s David Sarnoff Award and the Naval Order of the United States-Distinguished Sea Service Award. In 2006 he was selected as a member of the National Academy of Engineering. His alma mater, the University of Illinois, awarded him the Alumni Achievement Award (1998), the Electrical & Computer Engineering Distinguished Alumni Award (1999), and the honorary degree of Doctor of Engineering (2005).

Archie Clemins was married to the former Marilyn Paddick of Chauncey/Bridgeport, Illinois. Their 52-year marriage produced two children and four grandchildren, all of whom he loved deeply and considered to be his most important legacy. After retirement from the Navy, Archie and Marilyn settled in Boise, Idaho where he founded Caribou Technologies, Inc., an international consulting firm. His specialty was alliance building, with a focus on using innovative commercial technologies to solve intrinsic problems within the Government. Archie was on the Board of Directors of two publicly held corporations and several start-up companies. He volunteered his services with many local organizations, golfed, skied, ran the Robie Creek half-marathon more than once and enthusiastically supported the local football team.

Archie was preceded in death by both of his parents and his sister, Sherry Lynn Taylor. He is survived by his wife Marilyn, their daughter Becky (Dan) Lewis of San Diego CA, their son Travis (Urszula) Clemins of Boulder CO, and four grandchildren: Nathan Lewis, Olivia Lewis, Thomas Clemins and Theodore Clemins. “Grandpa Archie” brought a sense of adventure and an easy laugh to every endeavor. He will be greatly missed.

A local memorial service will be held in Boise at the Cathedral of the Rockies. Internment with full military honors will be in Arlington National Cemetery, preceded by a funeral service at the base Chapel. The dates and times of all arrangements are pending.

For their dedicated service the family would like to thank Dr. Gregory Johnson of St Luke’s Family Medicine, Dr. Karl Schultheiss of St Alphonsus Cancer Care Center, the support staff and volunteers at St Luke’s Home Hospice, and especially Tammy Walmer from C.A.R.E. LLC. In lieu of flowers the family requests that donations in memory of Archie Clemins be made to the Wyakin Warriors: 960 Broadway Avenue, Suite 260 Boise, Idaho 83706 (www.wyakin.org).

Leave a Condolence to Geri and Bob Shaw Cancel reply