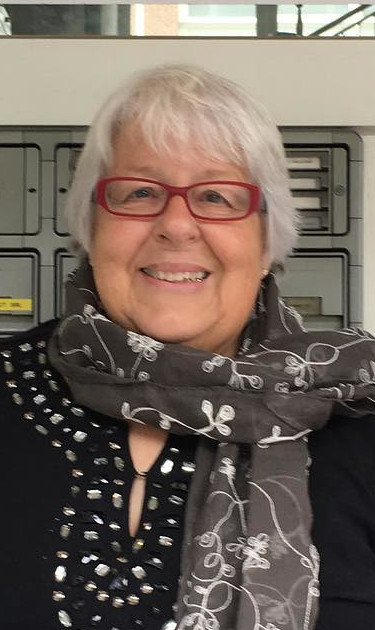 Annette Mae Mooney, age 77, passed away peacefully January 9, 2021 in Boise, Idaho as a result of congestive heart failure. She was born September 16, 1943 in Idaho Falls, Idaho to Walter and Mae Pancheri, the third of four children and the first daughter. She had two older brothers, Odell and Jerry and a younger sister and best friend Gloria. She grew up in the farming community of Osgood, just outside of Idaho Falls, Idaho.

She attended Idaho Falls High School and graduated in 1961. Education was one of her top priorities and she instilled this in her children and grandchildren. She said, “I feel that education is the key to success.” She completed her undergraduate degree at the University of Idaho, Moscow with a Bachelor of Science in Science and Home Economics and later completed two master’s degrees at Boise State University, first a Master of Business Administration and then a Master of Public Administration.

During her first quarter of undergraduate studies, she changed universities in order to marry Charles Edward Mooney II (Chuck), a high school classmate from Idaho Falls. They welcomed their first child, Charles Edward Mooney III in 1963. They lived in Moscow until Charles’ graduation from law school and then moved the family to Seattle. Before their move to Seattle, while at home in Idaho Falls for the summer, Annette gave birth to their second child, a girl they named Kristin Anne. They were in Seattle for a couple of years and this is where she gave birth to their third child, a girl they named Mardi Lynn. After her divorce from Chuck, she moved the family to Boise, Idaho.

Annette also thought hard work was an important attribute and demonstrated this by always working 2-3 jobs throughout her career. She worked for Boise Cascade for 9 years before going to work for the City of Boise as the City Clerk for almost 30 years. Her side jobs included Marriott, Hickory Farms, The Mode and Best. She taught her children and grandchildren that working was a joy and should be enjoyed.

She was an active member of the Church of Jesus Christ of Latter-Day Saints. She loved teaching Relief Society, visiting teaching/ministering, and genealogy especially indexing. So, you can imagine her joy when she discovered she was a descendant of the pilgrims of the Mayflower. She was a member of the Daughters of the Utah Pioneers and the Society of Mayflower Descendants and was part of The Great Expectations book club for decades. One of her favorite past times was spending time in her yard, she loved her vegetable and flower gardens. When not in her garden, she enjoyed attending many sports competitions, dance and music recitals, and other activities her grandchildren participated in. She was their biggest fan.

Annette loved to travel. In her lifetime, she was able to visit Columbia and Peru in South America; Italy, Greece, Austria, Sweden and England in Europe; Thailand in Asia; Cancun in Mexico; Hawaii and Alaska and most the United States. One of her favorite destinations was Disney World with her children and grandchildren.

Annette is survived by her three children Charles (Bonnie) Mooney, Kristin (Chris) Sparks, and Mardi (Jim) Munn. She has eight grandchildren that adored her: Joelle (Eric) Gonzalez, Josh Mooney, Jaela Mooney, Jadrian Mooney, Maire McDonough, Michael McDonough, Chevelle Sparks, and Cordell Sparks. She is also survived by her sister Gloria (Steve) Ludlow and her three sisters-in-law’s: Marylyn Pancheri, Carol Jo Harker, and Jill (Larry) Foltz. She also has many nieces and nephews that she enjoyed spending time with. She was preceded in death by her parents and her two older brothers.

Our dear mother, grandmother, great-grandmother, sister and aunt will always have a special place in our hearts.

Her children would like to thank the nurses and doctors that took care of her at St. Luke’s, they were especially kind.

A private funeral service will be held at 12:00 pm noon, on Friday, January 15, 2020.  To attend the service virtually, please visit: https://youtube.com/channel/UCLDZ7tKuuyfma_wVlHJLswQ

A private funeral service will be held at 12:00 pm noon, on Friday, January 15, 2020.  To attend the service virtually, please visit: https://youtube.com/channel/UCLDZ7tKuuyfma_wVlHJLswQ