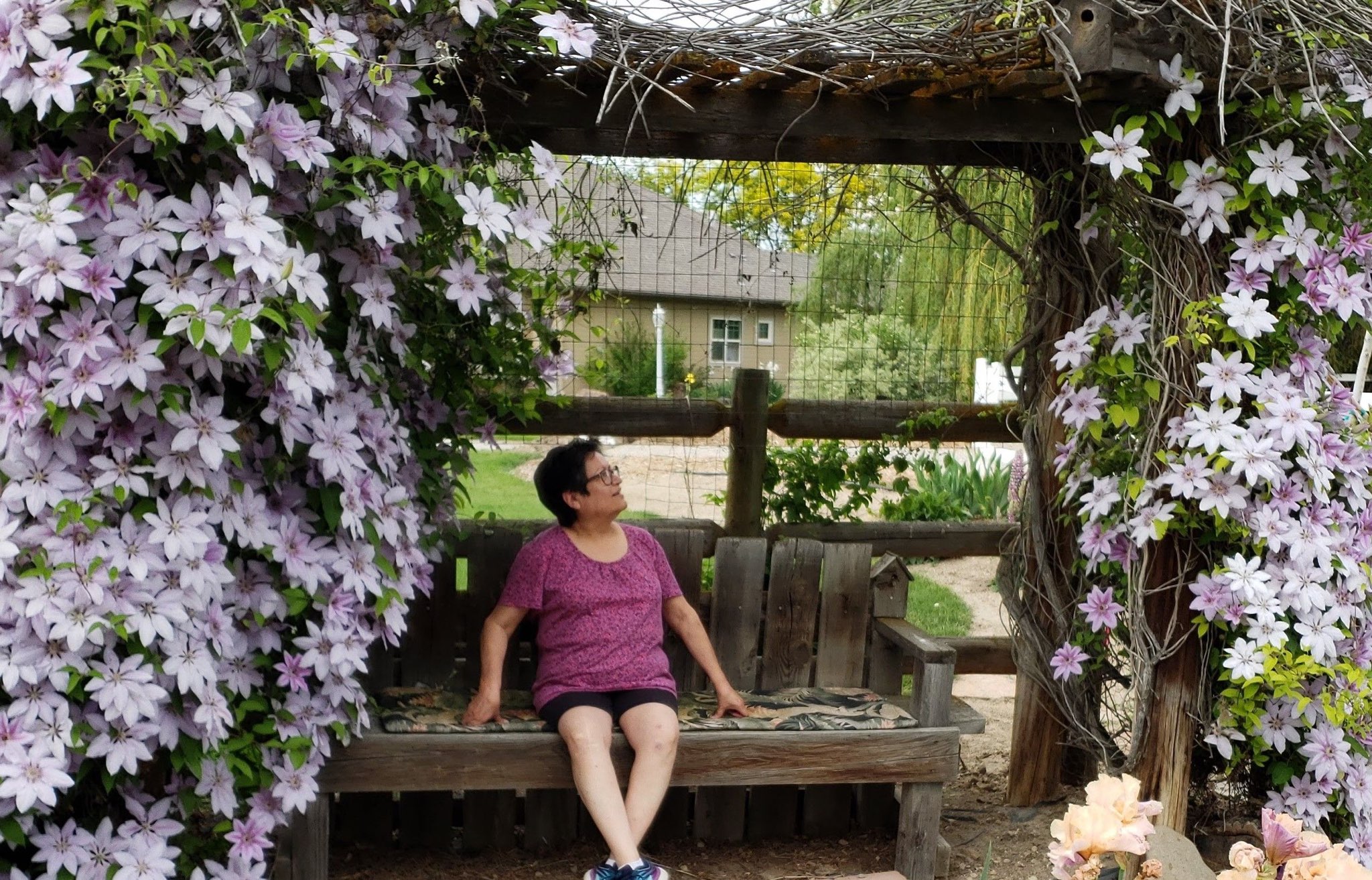 We weren’t ready to let you go, dear mother, grandmother, sister, auntie, friend, mentor and bona fide savior of wayward souls.  You are missed, remembered and loved.  Angela Lorraine Garcia, of Boise, Idaho, passed away in her home on November 20, 2020 holding the hands of her beloved son, Jake and daughter, Jenny.

Angela was aptly named by her parents, Jake and Juanita Garcia.  Born January 30, 1957 in Montrose, Colorado, she held her tiny infant hands in prayer.  She was raised in Rupert and Burley, Idaho, attended St. Nicholas Parochial school and, with the exception of a short rebellious period, lived up to her name.  Angela moved to Boise as a teenager, graduating from Capitol High School in 1975 as an honor student.  She married Dan Thibodeau in the late 70’s; they later divorced, then reunited as companions and grandparents until Dan’s death in 2017.

A diligent and effective employee, Angela served the state of Idaho for 40 years at the Departments of Agriculture, and Health and Welfare, and the Human Rights Commission before settling in at Boise State University in 1987.  She retired in 2017.  They weren’t ready to let her go either.   Angela was an active member of the Association of Office Professionals where she promoted high standards for administrative work.  As Administrative Assistant to several key people at BSU, Angela wore many hats and wielded valuable institutional memory.  She was indispensable.

Angela cared deeply for people .  She made a point to learn about people’s interests and educated herself to enrich conversation and share in the excitement of accomplishments.  This was  true for BSU staff, students and family members.  Angela did more than listen.  She opened her home and heart to those in need of a hand up in hard times.   Many a wrong road was re-directed at her kitchen sink.  She could be counted on for support and useful advice.  Wise mentors guided her life, and Angela paid her debts of gratitude forward.

She shared her playful side with her grandchildren going out of her way to create adventures, foster their interests, attend their events and listen to their stories and problems.  She lavished love on her parents, supported and enjoyed her sisters in every way, and doted on her children and their spouses.

Angela enjoyed a wide array of hobbies from swimming, knitting and gardening to creating  handmade cards and completing puzzles.  She particularly enjoyed traveling and spending time with her best friend, Linda Hall.  Angela honored the dying wish of Linda’s late husband Jim by learning to pull a 23′ travel trailer across Santiam Pass to visit the Pismo Beach Monarch Butterfly Grove at the tail end of peak migration season.

That’s the stuff Angie was made of, butterfly wings and kitten paws, starlight and wild rivers.  She is survived by her two children Jake Thibodeau (Christin) and Jenny Thibodeau (John Barrie), four grandchildren: Antawn and Evalynn Thibodeau, Elijah Thibodeau, and Trysta Barrie and five siblings.  Due to the pandemic, a memorial service will be held during the summer.