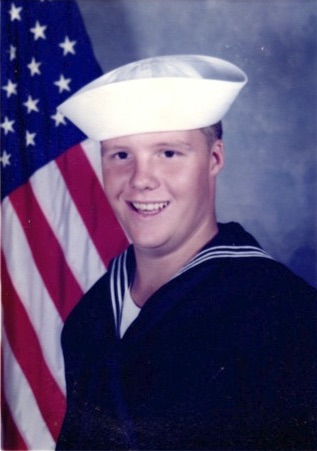 In Loving Memory of Andy Eveland

Andrew was also known as Andy, and was born to Berkley Eveland and Nancy Blackmoore on July 20, 1968 in Denver, CO. He attended Beatty High School and later enlisted in the Navy, graduating in 1986. Soon after joining the Navy he met his true love Deborah Eveland, also known as Debbie, and they married on October 1st, 1988 in Reno, Nevada.

Andy and Debbie lived in the Bay Area with their three oldest children Tyler, Autumn and Emily until they moved back to Boise on April 1st, 1995. Shortly after, the couple realized their family had room for more, and were blessed with their two youngest Ethan and Danika.

Andy truly loved life and was not afraid of anything. He worked as a superintendent of Maintenance for Canyon County for 16 years, and was an incredibly hard worker. He started the Pool Zombie LLC in 2018, and was someone you could always count on to get the job done. He was incredibly bright and more than willing to lend a hand to anyone that needed help with whatever electrical/maintenance issues that they had.

When possible he liked to go the mountains, camping, shooting, fishing, and making memories with others. He was a proud American patriot who enjoyed shooting, and educating others gun safety. He loved singing karaoke, dancing, watching MMA fights, and football on Sunday’s– he was a lifelong San Diego Chargers fan. Andy will be remembered for his delicious cooking, which he loved to share.

Andy will be truly missed by all who were lucky enough to know him. We will carry your memory in our hearts forever. May our father, grandfather, brother, uncle, son, and best friend finally rest in everlasting peace.

A memorial will be held Saturday, May 1st at 1pm at the Hilton in Meridian. Please come by to say farewell. If you knew Andy, then you have your own story to tell. He was a fortunate man to have so many friends to have shared life with. I know he loved and treasured you all!

A memorial will be held Saturday, May 1st at 1pm at the Hilton in Meridian.