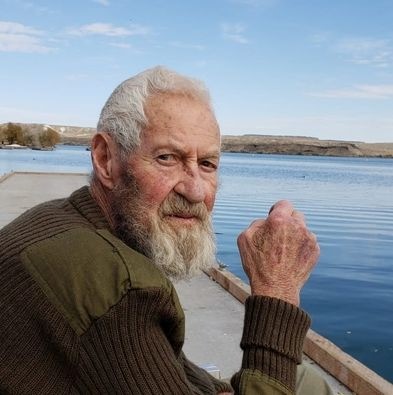 Albert (“Al”) V. Bennett was born on July 16, 1937 to Leona and James Bennett in Wink, Texas. He joined older brother Eddie and later, Art. Later his mother married Herman Baker and the family grew to include John, Barbra and Sarah.

Because Herman worked for Humble Oil Company (later Exxon) the family moved often to many locations in Texas and New Mexico. Al became an independent person, enjoying hunting rabbits in the desert and fishing with his Grandmother Milam on the banks of a nearby river. He also played the trumpet in the school band, which gave him an automatic group to belong to, no matter what town the family moved to.

When Al was a junior in high school, the family moved to Carlsbad, New Mexico. He became involved in the track and field team as a javelin thrower and in the school band. He also joined a small school dance band as its trumpet player. It was there that he met Elsa, the vocalist/piano player. They became close friends as the band traveled around southern New Mexico playing gigs at high school dances. In September, 1955 Elsa and Al married, finished high school, enrolled in Western New Mexico University and earned their B.S. degrees in education. Al also earned a Master’s Degree in School Guidance and Counselling. A position as a school counsellor was available in Boise, Idaho, which he accepted. The family moved from southern New Mexico with four young children, three college degrees, and a collie dog.

Al began his counselling degree at South Junior High, then transferred to Borah High School when a position became available there. He instinctively knew what a students needed or wanted. He was careful not to tell the kids what to do, but to give them options and help them come to decision. This process applied to scholastic as well as personal issues. He was a strong advocate of post high school education and wrote dozens of letters of recommendation for students to help them enter into a field that would enhance their future. Although not a big man physically, the students called him “Big Al” because of the esteem they held for him.

After 33 years of service to his students and fellow educators Al retired in 1996. He began another career as a highly regarded restorer of gun stocks. Examples of his expertise and high standards of work can be found in homes all over the valley. Retirement also allowed him to spend time in the outdoors, either hunting or fishing with his family and/or friends. Some of his happiest moments were spent enjoying the beauty of the Idaho country.

Also left to mourn are his brothers Arthur (Candy), John (Karen), sisters Barbra (Buddy) and Sarah and many, many loyal friends.

He was preceded in death by our daughter Kathy, his brother Eddie and his parents Leona and Herman Baker.

A celebration of Al’s life will be held in July.

A celebration of Al’s life will be held in July.