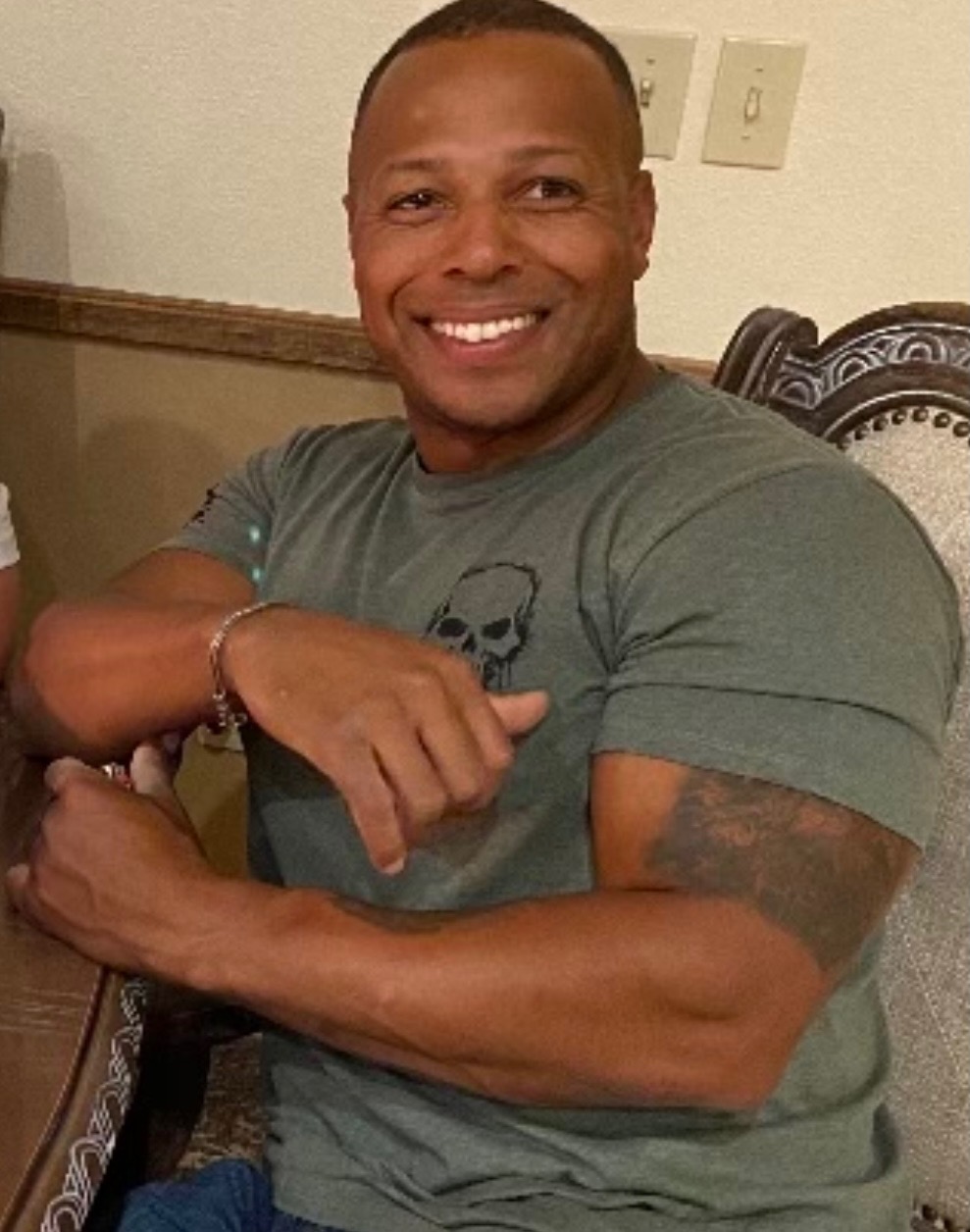 Adrian Carey Booker, 41, of Emmett, passed away November 11, 2020. Adrian was born October 18, 1979 to Edward Booker Jr. and Jennifer Atkinson in Augusta, Georgia. He grew up in Marburg, Germany and graduated high school out of Horns Held, Germany. Rather than play college football, he chose to follow in his father’s footsteps and join the Army. In 2005 Adrian returned from his first deployment and was training to become a truck driver, while also continuing his existing job as a mechanic.

Adrian met Amy and it was an instant connection between the two of them. They spent time together in Carson, Colorado; Fort Bragg, Carolina; Korea and Iraq. He served three combat tours in Iraq as a paratrooper and received many awards for his work. In 2013, Adrian left the Army after serving for 17 ½ years active duty. Adrian, Amy, and their children made their way to Idaho where they continued to live their lives. Here in Idaho, Adrian was able to do many of the activities he enjoyed doing, such as, fishing and coaching little league football and baseball. In 2015 he finished his degree in Bi Science at Brown Mackie College and Boise State University. He spent lots of time traveling and even picked up a passion for bull riding, where he was able to meet friends who reminded him a lot of his military family.

Adrian and Amy worked together at United Airlines as contractors for G2 Secure Staff. Many other airlines tried to steal Adrian and Amy away to work for them instead, but Adrian would always tell them they are a “package deal” and that he would have to ask the “boss.”

Adrian impacted so many people’s lives, and he truly was an angel amongst us. He was the best man, husband, dad, brother, and son you could ever ask for. Just as Adrian would always say every morning to the passengers, “I’m tearing up, I miss you already.”

He is survived by his wife Amy and their children Keirre, Andreah, Brayton and Arianna. His father, Edward Booker Jr., mother, Jennifer Atkinson, aunts, uncles, cousins, nieces, nephews, brother, and sisters-in-law, as well as many friends who are like family. He is preceded in death by his grandmother Sarah and his aunt Vallerie.