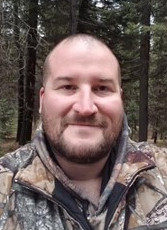 Adam passed away on January 30, 2021 in Boise, Idaho surrounded by his closest loved ones.

Adam was born on October 20, 1979 in Boise, Idaho. He attended school at Meridian Elementary, Meridian Middle School and Meridian High School. At Meridian High, Adam excelled on the football field where he played offensive tackle. He also had a love for cars and on many weekend nights he could be found drag racing his 1972 Chevelle.

Adam took great pride in being a father. Austin James was born in 1999, followed by Brayden Scott in 2001.  Adam taught his boys everything they know about cars by working on them together.  From oil changes and brake pads, to lift kits and suspension, he didn’t shy away from sharing his vast knowledge of mechanics with his two sons. Watching Adam be a father to his boys was special.  He was gentle, calm and always knew just how to solve a problem.  They explored the Idaho wilderness camping and fishing. They also could be found playing their favorite video games. Adam also had a joy for hunting and had plans to go with Brayden this fall. Adam loved to be outdoors in the mountains.

Adam was very proud of his job. He was employed at the Idaho Department of Corrections (IDOC) as a Sergeant. He began his 20 year career at IDOC in September 2001. Adam’s co-workers have said that he had a natural sense of genuine care. It has been expressed by Adam’s superiors that he was such a great man and made such a positive impact on the department, statewide. It was also shared that Adam’s personality, wit and his willingness to help others, is what will always be most cherished. The outpouring of love and support from the IDOC has been greatly appreciated by Adam’s family.

Adam’s hugs were the best and many will miss his “big teddy bear hugs”, as his aunt Kathy called them.  Adam could always be counted on to help whenever he was asked, he was a “go to” person when you needed to be uplifted.  His love for helping and aptitude for repairing things was always something many could count on.  Adam took a great deal of pride in knowing he could always be relied on when friends and family needed him.