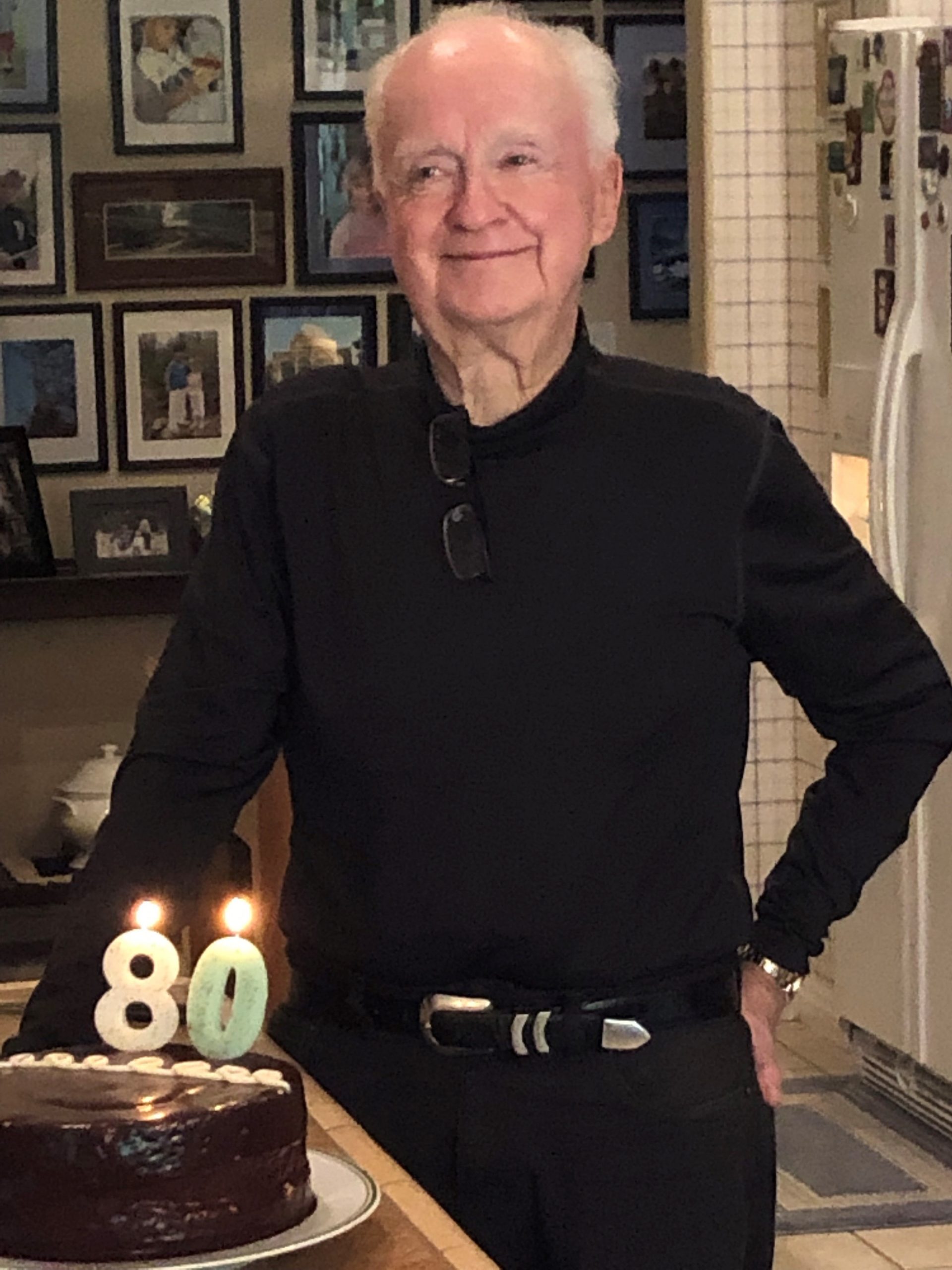 Mike was the second of three children born to Lillian Jorgensen, in Caldwell, Idaho. He spent his childhood in Logan, Utah prior to returning to Boise for his high school years. He was an especially gifted pianist, winning a competition at the state fair, and even being asked to tour with Utah State University at the age of 12. He continued to develop this skill throughout his life, and while technically trained, was best known for his improvisations and boogie-woogie riffs.

Mike met his life-long love, Margo Bergesen, at Utah State University. He was a member of Sigma Nu fraternity and took on the job of cook and server at the Kappa Delta house. This is where his piano skills (rather than his culinary ones) won the heart of his soon-to-be bride. Mike and Margo were married June 26th, 1965, and moved to Seattle, WA to start his job at Boeing as a structural engineer.

Mike and Margo welcomed four children between 1967 and 1975, and despite building a robust career, Mike’s focus was always family first. He was present, physically and emotionally, at every recital, meet, game and school event. He was a favorite amongst his kids’ friends, known for his smile, his warmth, and his sense of humor. He fostered a fun competitiveness with family game nights, including “No Bears are Out Tonight,” and was always up for spontaneous fun—whether a movie, a trip for ice cream, or being the ultimate Santa Claus.

While working at Boeing, Mike completed his Master’s degree at the University of Washington, and became a well-respected landing gear specialist, traveling the world providing insight and guidance when repairs were needed. His love of travel and other cultures grew exponentially during this time, as he saw more than 60 different countries. He developed life-long friends across the globe, whom he was quick to learn from and cherish.

His love of adventure was an inspiration to his friends and family; whether bottle-feeding lions in South Africa, riding an ostrich or elephant, walking the wall of China, or racing through the streets of Brazil at high speed, he was always up for new experiences.

Mike and his family were avid sports fans, dedicated to Husky football, the Seahawks and the Mariners. His daughters give him credit for the 1995 Mariners’ dream season, because while attending many games as shared season-ticket holders, every time he left to get food for the family, Griffey hit a home run. He was, therefore, often sent for snacks. Mike couldn’t conceive the concept of strangers; and there was never an instance, where, by game’s end, he didn’t know the people sitting around him, having pulled them, happily, into his circle.

His own sport was golf, and though he played his whole life, his happiest times on the course came after he and his family returned to Boise, and he could play with his fraternity brothers, who remained his best friends. His return to Idaho was a wonderful full-circle, as he was able to spend time regularly with his sisters, whom he adored, and the entire extended family.

A treasured husband, father, father-in-law, grandfather, great-grandfather, brother, uncle, honorary uncle, and friend, his heart was always with those he loved, and for whom he would do anything. An example of quiet, unassuming service, and of acceptance without judgment, he truly loved his life, his family, and believed in fun and the good in people. He lived and believed in the lyrics of his favorite song: “What a Wonderful World.”

Mike is survived by his wife, Margo Garber; his son, Jon Garber; his daughters, Teresa Garber and Sarah (Garber) Matthies; son-in-law, John Matthies, daughters-in-law, Anna Sherwood and Kathy Smith; grandsons Nicholas Garber, Brandt Garber, and Riley Garber (wife Janessa, and great-granddaughter, Cambria); granddaughters Kyra Sherwood and Kenzie Garber; sister Donna Piscione; and many treasured nieces and nephews. He is preceded in death by his sister, Nancy Knudsen, and his son, Mike Garber, with whom we envision the happiest of reunions as they continue to keep watch over this family.

A funeral service will be held on Tuesday, October 4, 2022 at 11:00 am, with a visitation held one hour prior to the service at the The Church of Jesus Christ of Latter-day Saints located at 700 W. State St. Eagle, Idaho.   Condolences may be left for the family at www.bowmanfuneral.com

A funeral service will be held on Tuesday, October 4, 2022 at 11:00 am, with a visitation held one hour prior to the service at the The Church of Jesus Christ of Latter-day Saints located at 700 W. State St. Eagle, Idaho.   Condolences may be left for the family at www.bowmanfuneral.com