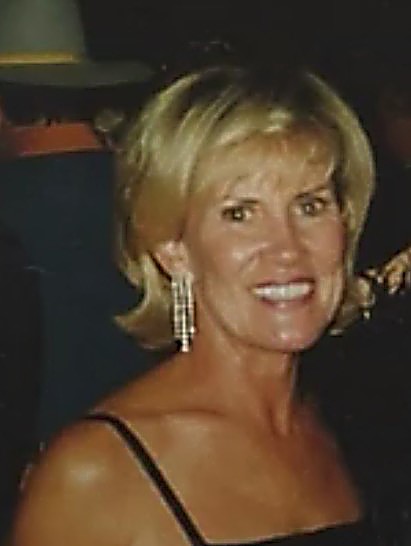 Marilyn Gail Mortenson Jacobs was born April 20, 1946, in Wakefield, Nebraska, to Marvin and Gladyce Roberts Mortenson. She grew up on the family farm, was baptized and confirmed at Salem Lutheran Church, and graduated from Wakefield High School in 1964. She graduated from Midland Lutheran College with a degree in Elementary Education and headed west to take her first teaching position in Baker, Oregon. Gail fell in love with the mountains and a handsome young man named Keith; they married on June 14, 1969, and took up residence in Boise, Idaho, where they welcomed two daughters, Hathaway and Tennyson.

Gail was a gifted teacher and a successful businesswoman, culminating in a career in real estate that shined a light on her creative side as she helped clients find their perfect homes. A jogger, skier, singer, teacher, and friend, she loved books and music, and—most importantly—her family. Gail was an active member of Immanuel Lutheran Church, where she taught Sunday School and sang in the choir. She made it a priority to stay close to her Mortenson and Jacobs families and made sure her girls knew their aunts and uncles and cousins and her grandchildren knew they were loved.

Gail also served on the Miss Idaho pageant board and judged many different state pageants. She looked forward to attending the Miss America pageant every year with the many people she had met through the organization.

Gail and her family dealt with the tragedy that is Alzheimer’s with courage and grace. She became a beacon of light, dressed in sunshine yellow and rainbow hues, for her fellow residents and staff at the Edgewood Spring Creek of Fruitland. She succumbed to the disease on August 24, 2022.

Gail is survived by her husband, Keith, her daughters, Hathaway (Bill) Roche and granddaughter Harper of Fort Worth, Texas, and Tennyson (Michael) Berty and grandchildren Atticus and Calliope of Boise, Idaho, sisters, Karen (Robert) Mallum of Lincoln, Nebraska, and Bonnie (Robert) Tiedtke of Cedar Rapids, Iowa, and many nieces, nephews, cousins, and in-laws.

Gail was preceded in death by her parents, sister and brother-in-law Mardell and Merlyn Holm, and an infant sister.

Services will be held at Idaho State Veterans Cemetery on September 19 at 1:00 p.m. with a celebration of life immediately to follow at Guerber Park at 2200 Hill Rd., Eagle, Idaho.

Services will be held at Idaho State Veterans Cemetery on September 19 at 1:00 p.m. with a celebration of life immediately to follow at Guerber Park at 2200 Hill Rd., Eagle, Idaho.