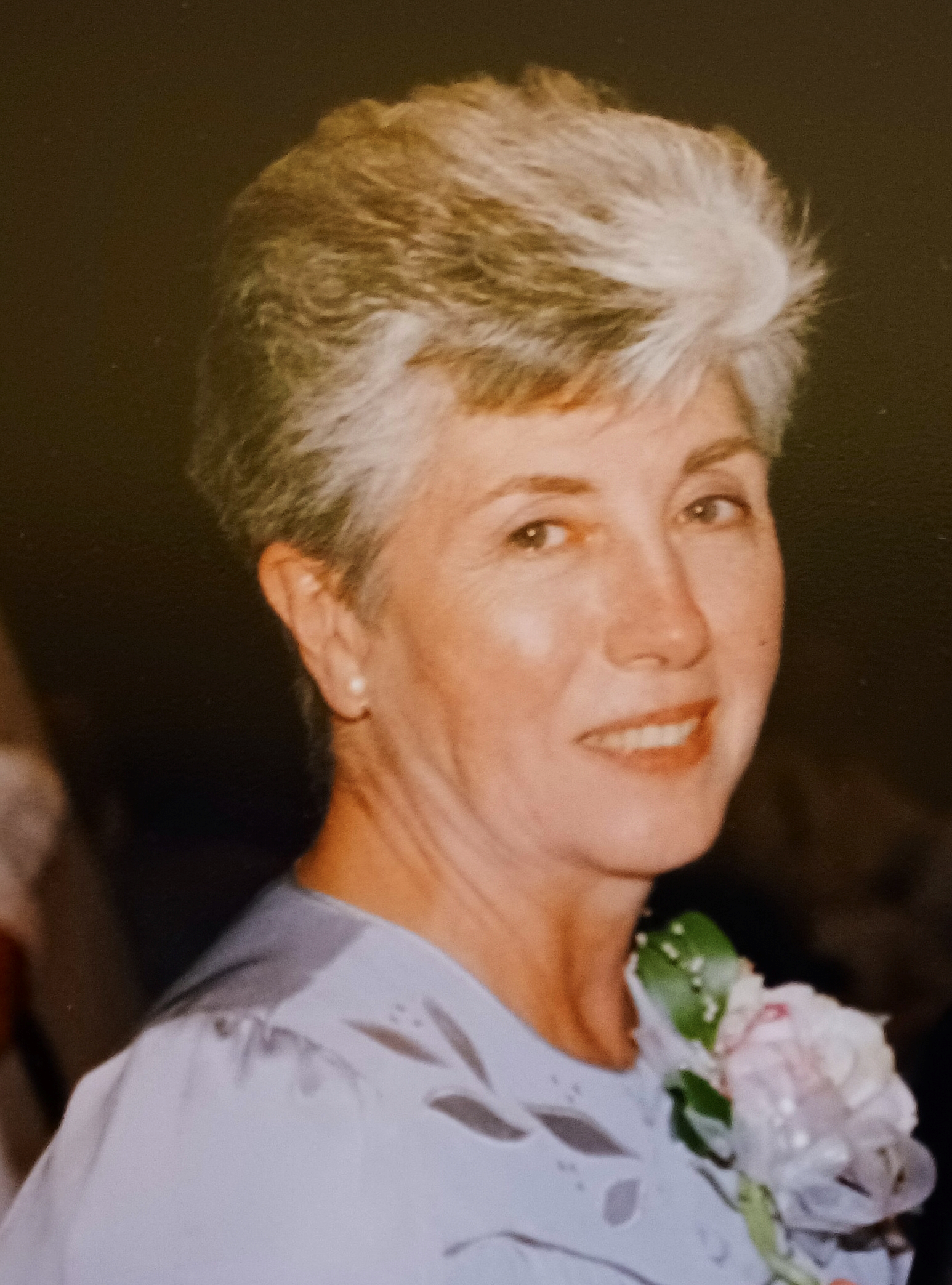 UnaJean West Peterson was born as the first child of Glenn Edward and Theresa Wolfley West on November 9, 1935 in Ogden, Utah. Her sister Elaine, and brothers Delwin and Neil followed. Her natural intelligence and hard work at Loren Farr grade school, Central Junior High and Ogden High School qualified her for a full scholarship to Weber Junior College and then another to Utah State University where she earned degrees in Home and Family Living, Clothing and Textiles and Fine Arts. While attending Weber College, UnaJean won a national competition to the Wool Growers Association for a beautiful red coat that she designed and constructed. 50 years later, that coat was modeled in New York City at a centennial celebration for the Wool Growers. While at Weber, she also won a much bigger prize: the heart of the friendliest guy on campus, Gary Leonard Peterson. He left to serve for 2 years in the Central States mission for the Church of Jesus Christ of Latter Day Saints and upon his return they were married June 27, 1958 in the Salt Lake City Temple.

Gary and Una were a stunning and affectionate couple and were seldom parted. UnaJean taught Home Economics at Washington Junior High in Ogden and later at Highland High School in Salt Lake City, while Gary finished his degree at the University of Utah. They then moved to Ohio University in Athens, OH where they produced a Masters Degree, a PhD and two long awaited beautiful daughters, Andra and Calene. Una did tailoring and dressmaking at Figgy’s Dress Shop, bringing the girls to work and tending them in a playpen in the back of the store. In 1963, the family moved to Seattle for a position at the University of Washington where baby Randall Glenn joined the girls. This was followed by moves to Orem and Provo, UT, a position at Brigham Young University and two more boys, Bradford Gary and Erik Leonard. 1969 found the family in Tacoma, WA with a professorship at the University of Puget Sound. They lived in University Place, Wa for 37 years, making lifetime friends who check on each other to this day.

Una made work her play and used her considerable curiosity, creativity, artistic sensibility and thrifty mindset to learn, to feed and clothe 5 children on a tight budget, and to enrich the lives of those she taught and served. She found time to work as a representative for LeVoy Clothing, Swipe and later, the locally manufactured EquiFlow Dehydrators. Seeing a need for more customer education, she authored a cookbook titled Dehydrating for Food and Fun and taught classes to  new dehydrator owners in the basement of their home. After the kids were gone, she worked at the Village Peddler, managed an alterations shop, Fashion Fittings, and substitute taught at Curtis Senior High School.

UnaJean served everyday of her life in her family, her church and civic community, among Laosian, Cambodian and Hmong refugees, as a Clothing and Textiles and Food and Nutrition advisor for Pierce County Cooperative Extension Services and as a Family History missionary and mentor. She was the person you called if you had a question and she nearly always had an answer. Una never met a challenge that she didn’t embrace and attack with determination and exactness. She could cook, grow, sew, repair, or recycle ANYTHING!

In later years, Gary and UnaJean enjoyed lots of travel, visiting relatives, friends, genealogical  sites, and European former exchange students. In 2008, they moved to Meridian, Idaho following a Family History mission in Salt Lake City. They quickly made a name and a community for themselves. It was always important to them to keep in touch with friends and family and if you met them once, you were friends and family! Friends from near and far made it a goal to regularly visit them both, and UnaJean made their home a gracious place for loved ones to stay. Family History and the garden were UnaJean’s passion and she would bend your ear about either or both any chance she got. The sunset years were upended with Gary’s illness and death in November 2020 but they were both richly blessed in the end of their lives by the service and compassion of dear neighbors and friends, who found it easy to give back what they had so graciously received from the Petersons for years. The family is also very grateful for many special caregiving Angels and the Horizon Hospice staff.

UnaJean was a devoted Mother and Sister to her own children and siblings along with numerous others who call her blessed. Her example of dedication, faith, kindness, hard work and affection leaves many lives changed for the better. Her greatest love and dedication were to her sweetheart Gary, whom she unfailingly supported and strengthened in every endeavor. It brings us peace and joy to know that they are now reunited and holding hands again!

UnaJean is survived by her brother Neil West and sister Elaine Allen, her daughters, Andra Luna Peterson, Calene (Mark) Borup and sons Randall Peterson, Brad (Kristalyn) Peterson, Erik (Cindy) Peterson, 14 grandchildren, 4 great grandchildren, and many nieces and nephews. She is preceded in death by her husband Gary, her parents, Glenn Edward and Theresa Wolfley West and her brother Delwin.

In lieu of flowers, memorial donations may be made in UnaJean’s name to the Gary L Peterson Endowed Scholarship Fund at the University of Puget Sound at www.pugetsound.edu/restrictedgifts or by mail: Gary L. Peterson Endowed Scholarship Fund, C/O Office of Donor Relations CMB 1011, University of Puget Sound, Tacoma, WA 98416-1011, or to the Church of Jesus Christ of Latter-Day Saints Humanitarian Aid Fund at https://philanthropies.churchofjesuschrist.org/in-memoriam