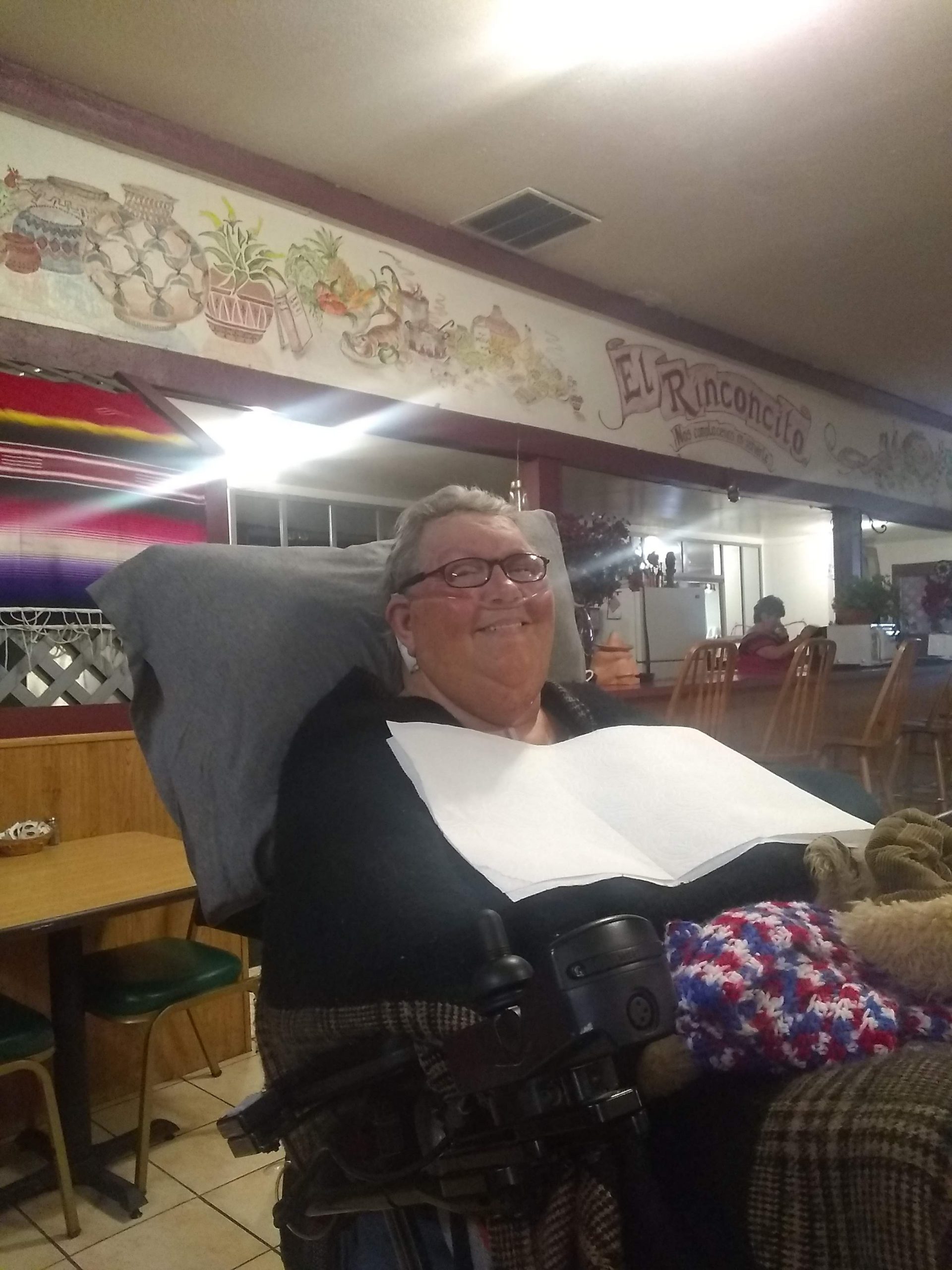 Donna Lee Lollis left for her Heavenly home on April 5, 2022

She was born on a ferry boat between San Diego and Coronado Naval Base March 29th 1953, to Eugen and Rita Gratz

She started her life in a sightless world being blinded at birth.  She received a Silicon Retinal Implant at the age of 16 which gave her 20% vision in her right eye which allowed her to complete Nursing School to become an LPN at New Mexico University and worked both private and for the hospital in New Mexico. She loved her time working in the nursing field. After several years and the steady decline of her eye sight she starting working as a CNA. She loved and cared for all her patients and there family’s and was there to comfort them as only Donna could.

Several years later she had to relinquish her nursing career to medical issues of her own that required her to focus on her health.Due to that she was left a quadriplegic. But that didn’t stop her. She always thought of others and people with disabilities as she now was part of that distinction. But she was a fighter and would give as good as she would get.  Her smile lit up the world and her laugh was contagious if not a little naughty some times. She always kept you guessing

Her mother and father and all her siblings are in heaven with her and her granddaughter Kayla .