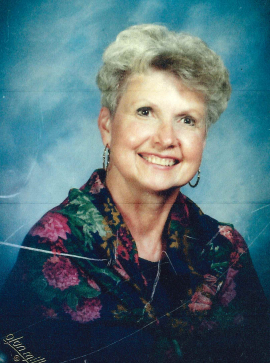 Sonya Sue (Baker) Hope departed her earthly life on November 9, 2021, due to the effects of Lewy Body Dementia Disease. She was born March 18, 1938, in Woodward, Oklahoma to Wanda E. (Plank) and Hollie E. Baker.
In her early childhood years, she enjoyed going to movies and drawing. It was during this time in her life that she acquired and pursued her lifetime love of books and reading.

She came to know fear and terror at age nine when a massive tornado struck and destroyed the town of Woodward, her home, and the homes of most all the people she knew. This tornado took 181 lives including her Grandfather Baker. Her life lessons would now and forever include a haunting fear of dark clouds and high winds.
After graduating from the 9th Grade her father moved the family to Emmett Idaho, a town far away from friends and family. Initially Sonya was fearful of the overwhelming changes that came upon her but soon however,
she was surrounded by many new faces, that became lifelong friends who showed her this new world called Emmett…. the summer fruit picking …. The Annual Cherry Festival….with its carnival rides and parades the
Saturday Movies at the Ideal Theater. the gathering of friends at the Black Canyon Dam for swimming parties
and best of all. The Sander’s Fountain teen hangout.

At Emmett High School Sonya was a member of the Pep Club, Girl’s Athletic Assn., Huskie News Staff, Thespians, Girls Glee Club and The National Honor Society. The High School yearbook said of her, “She seems to have no faults of which we can complain”.

On April 20, 1956, Sonya married her High School sweetheart, Ron Hope. With this union she immediately acquired a new family including Angus and Margaret Hope as well as Ron’s siblings Lillian, Terry and Tim who all welcomed her into their circle of love.

Sonya always wished for many children and so she got her wish She and Ron had three children by September
of 1959. When Ron’s National Guard unit was called to Ft. Lewis in 1961, Sonya was pregnant with their 4th child. The family relocated to Tacoma, Washington and Martin was born December 13th in Madigan Army Hospital.

After their discharge from the “Berlin Crisis” call up, her family, now six, moved back to Emmett. Sonya reveled in being a wife, mother, homemaker, Cub Scout Den Mother, and member of the Beta Sigma Phi Sorority. She
and Ron both taught Sunday School at St. Maries Episcopal Church and later became Co-Presidents of the newly organized Sacred Heart Catholic School, in the old “Wardwell School” building, under the direction of Fr. Nuxoll.

At age 26, Sonya was recruited to accept a Dental Assistant position working with Doctor Don Wilson. She accepted this challenge and under Dr. Wilson’s tutelage began a career in the Dental field that was to last 36 years.

When Ron was transferred to Spokane in 1969, Sonya increased her dental medicine skills and knowledge while working with Dr. Lindquist, an Orthodontist. She came to master every facet of the office and production processes in General Dentistry as well as Orthodontic Dentistry. It was during this time that she was asked by the School Staff at the Spokane Falls Community College to write a textbook of instructions on Dental Assisting.

In 1974 the family once again experienced a transfer…. this time to Portland, Oregon. The children were now in Jr. High and High School. The 12 years in Portland saw the kids grow up and go away to college and marriage and have children of their own. Michael and Terri Hope had Ian and Clair, Holly and Ken Sands had Connor and Kerry, Cathi and Stewart Mercer had Jill and Grant, and Marty and Stacy Hope had Jordan, Kelly, and Taylor. During her “Portland” years she worked with Dr. Nansen (Orthodontia) and Dr. Daubert (General Dentistry).

In 1985 the transfer bug bit again…. this time back to Boise. Although she had geographically come full circle it wasn’t the same this time because she had left all the children at places along the way and now, she and Ron became “empty nesters”.

In Boise she stepped back into the traces and over the next 15 years worked first with Dr. Tate, then in the offices of Dr. Curtis and Dr. Calhoun and finally with Dr. Calhoun when he established his separate practice. She retired the last day of 1999 when Ron also retired.

Sonya and Ron spend their retirement years tent and 5th wheel camping, riding the ATVs, rock hounding, collecting bird houses and being Surrogate Grandparents to 42 neighborhood children which was done through
Springtime “Bird House Painting ” sessions with most of the 42 kids as well as Easter, Halloween, and Christmas goodies exchanges with them…. the kid’s love and sharing with Sonya and Ron was at times pleasantly overwhelming.

Some of Sonya’s greatest lifetime accomplishments and wonderful memories come from her efforts and
time spent as a volunteer. Among her many volunteer achievements were as a Cub Scout Den Mother (4 years), the Emmett Jaycee-ettes, where in 1966 she was honored to be the 1st woman ever invited to be guest speaker at the Idaho State Jaycee Convention were seated on either side of her at the head table were J.R. Simplot and
Paul Harvey. As a team she and Ron served Idaho’s United Cerebral Palsy every Wednesday afternoon for 3 years where they were honored as Volunteers of the Year, and for 5 1/2 years she and Ron carried the AA message every Monday night to the ladies at the South Idaho Women’s Correctional Center where the ladies struggled
to recover from substance addiction. After their terms ended many of those ladies became Sonya’s lifelong friends. Dear to Sonya will always be her friends in the rooms of AA and the love and support they gave to her for 21 years.

The last accolade for her ongoing efforts to “make a difference” was the presentation of the City of Meridian’s 2013 “Neighborhood Star Award” given by Mayor Tammy de Weerd.
Sonya’s personal hobbies and interests were knitting, reading, decorating, drawing, crafts, being with her special ladies in her Bridge Group and being a part of all the E.H.S. Class of ’56 gatherings and reunions.
She kept fit and healthy by going to the gym 3-5 times weekly as well as mountain backpacking trips.
Her collections include napkin rings, collector spoons, Christmas Nut Crackers (last count 86), antique furniture pieces, antique Opera Glasses and Old Hats and Hat Stands
Sonya and Ron celebrated 65 years of marriage on April 20, 2021.

Sonya was proceeded in death by her parents, Wanda and Hollie Baker, her mother-in-law and father-in law Margaret and Angus Hope, Son Michael Hope, brother-in-law Terry Hope and many Aunts, Uncles and Cousins.
Sonya’s family would like to express their sincere appreciation for the thoughts, prayers, love, and care given to her during her final days by her many friends, especially remembering Fr. Len McMillan, Lennie Jensen and all of Staff at Keystone Health Care, MultiCare Home Health Care, ABC Home Health, Doctors Hospice and LuNa Hospice House & ALF.

Due to the geographic dispersal and life circumstances of her surviving children, grandchildren, friends, family and her “Class of ’56 Classmates”, a Celebration of Life gathering will be announced and held at a later date.

Due to the geographic dispersal and life circumstances of her surviving children, grandchildren, friends, family and her "Class of '56 Classmates”, a Celebration of Life gathering will be announced and held at a later date.