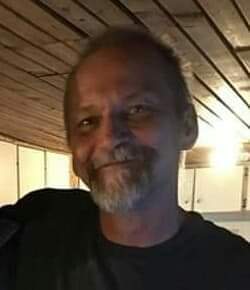 Robert Scott Anderson 58, of Cascade, Idaho left earth and entered into heaven at 10:44pm on October 27, 2020. He crossed over peacefully at home with his wife Diane Anderson by his side.
Robert was born on August 9, 1962 to Raymond C. Anderson and Sharon C. Anderson(Larsen) in Hammond, Indiana. There was never a dull moment when Robert was around. Robert got his schooling at James Whitcom Riley Elementary school. On June 22, 1974 Robert gained a step dad, Gene Rand. Shortly after he moved to Valparaiso, Indiana. He continued his schooling at Chesterton High School. When he was in 11th Grade him and a friend of his caught some frogs and snakes, they brought them to school and let them loose in the school.

The principal did not find this funny and he was told not to come back. This is when his adventures began. He hitchhiked to Colorado and from there found his way to California. He then made his way back to Indiana, where he met Pamela S. Conaway in 1985. Shortly after his first daughter Amanda Prince was born in 1986 his second daughter Angela Prince was born in 1989. He was a handyman at the apartments they were living at. He met Dave Wright, who has a strong faith in the lord. Robert accepted the lord as his savior and asked god to take away his alcohol and drug addiction. At that moment he became clean and sober. Pam was not ready to become clean and sober and took the girls with her while he was at work. Robert was heartbroken. He tried to find his girls but was unsuccessful. That was his biggest heartbreak. In 1993 he met and married Yvonnie Butler where he gained a daughter Valerie Butler and a son, Peter Trenner. Soon after his daughter Rachel Anderson was born in July of 1994. He became a truck driver, which he enjoyed very much. Yvonnie wanted a change so they found their way to Cascade, Idaho. Robert got a job at D-9 Grocery. In 2003 Robert and Yvonnie were divorced. Robert met his soulmate Diane Anderson at D-9 Grocery in 2004 they got married on June 24, 2004. They left D-9 in 2007 and worked together at Rocky Mountain packaging. Rocky Mountain packaging moved to Boise. Robert then got a job painting for Norm Garrison in McCall, Idaho. Where he got Diane a job painting with him. Winters were slow so both Robert and Diane got jobs again at D-9 Grocery. His customers enjoy seeing him. He became the freezer guy and the cupcake guy. Je will be greatly missed by so many. Robert is predeceased by his dad Ramond C. Anderson, his mom Sharon C. Rand (Larsen), his step dad Gene Rand, his sister Connie Anderson and his daughter Angela Prince. Robert is survived by his Wife Diane Anderson, Daughter Amanda Prince, Daughter Rachel Anderson (Joshua Olivera), Daughter Valerie Butler, Son Peter Trenner, Son Mike Garver (Nakita Garver), Son Steven Garver, Sister Jennifer Rand (Matt Spiess), Sister Debbie Elliott (Dale Elliott), 16 Grandchildren, and many nieces and nephews. He loved life and lived it to the fullest.